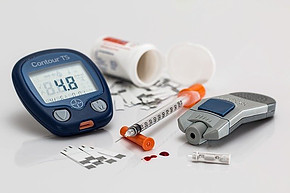 What this means is that he does not recognize the symptoms within his body of hypoglycemia.

To compensate for this, his parents (and us when he is with us) must check his blood sugars more frequently to catch any lows before they become serious.

I was very surprised to learn that one in five people living with type 1 diabetes and one in ten experiencing insulin-treated type 2 diabetes report having experienced hypoglycemia unawareness.

I find these to be scary statistics.

I know with our grandson we are trying to get him to notice what he feels like when he tests low.

Occasionally, he can now feel low if it is a sudden drop but by no means can we depend on Alex to let us know he “feels low”. It just doesn’t happen regularly.

So let’s take a closer look at…

Hypoglycemia is when blood sugars drop too low.

When someone has diabetes, managing blood sugar levels is an unrelenting battle.

It is important to note that hypoglycemia can occur at any time but can often be a result of not eating meals on time, taking too much insulin for the amount of food eaten, or more exercise than planned for.

Especially dangerous is the fact that hypoglycemia can even occur at night while the person is sleeping.

Yes, our grandson needs to have his blood sugars checked frequently at night. Yes, he has had to be awakened for a snack or juice in the night.

My daughter has not had a full night’s sleep since Alex was diagnosed a year and a half ago at age four.

Yes, we have taken him for sleepovers but she is still up awaiting my text with his numbers at the specified times so it really isn’t much of a break for her.

There are actually three levels of hypoglycemia and several telltale symptoms to watch for.

Some people experience all of these symptoms and some people only a few.

Because untreated hypoglycemia can lead to seizures and/or death it is considered a medical emergency.

Mild to moderate cases may be treated at home by taking fast-acting sugar snacks or juice.

In severe cases treat with a Glucagon emergency kit and call 911(or the equivalent emergency number for your area) they will require hospitalization.

What is Hypoglycemia Unawareness?

While most diabetics know when they are low, others struggle to detect it or may even be completely unaware as with our grandson Alex.

Some people feel and wake in the night if their sugars drop too low.

Alex does not so his parents(or me if he is with us) must check his blood glucose throughout the night and wake him to treat a low if necessary.

This can be really scary as he can be very difficult to wake when he is low. Thankfully we have not had any severe hypo events yet.

Studies show that people with hypoglycemia unawareness have a significantly higher risk of experiencing ‘severe hypoglycemia’ because they are less likely to recognize the early symptoms such as shakiness, hunger, or sweating.

There are several possible causes of hypoglycemic unawareness.

One possible cause could be that nerve damage may affect the body’s ability to secrete epinephrine. Sometimes type 1 diabetics develop impaired epinephrine secretion.

Another possibility could be the result of very tight blood sugar control. This can dull the body’s ability to feel a drop in blood sugar. Sometimes, if you maintain slightly high blood sugar levels for a period of time can improve your ability to detect low blood sugar.

As always with anything diabetes-related, it is an important topic to discuss with your diabetes care team.

Am I hypoglycemic unaware?

Several factors can increase your risk of becoming hypoglycemic unaware.

Many diabetics develop hypoglycemia while they are sleeping making them unaware of their symptoms and unable to treat the low.

If this happens frequently, it can affect the person’s ability to detect and recognize the symptoms while awake

Exercise can make the body’s tissues more sensitive to insulin which can increase the chances of hypoglycemia both during and after exercise.

Exercise can still affect blood glucose levels for up to 15 hours after exercise has stopped, particularly with strenuous exercise.

Having diabetes for a long time

In one study, 50% of people who had been using insulin for 20 or more years, developed hypoglycemia unawareness.

This is in contrast to only 20% of those using insulin for 10 years or less experienced hypoglycemia unawareness.

This could be because people who have had diabetes longer have experienced more hypoglycemic events which have been shown to contribute to hypoglycemia unawareness.

Many people begin to experience ‘cognitive decline’ as they age. They begin to exhibit cognitive symptoms like slowed thinking, confusion, and difficulty speaking while also experiencing autonomic symptoms like shakiness, hunger, or sweating, making it difficult to recognize as hypoglycemia.

There is no precise age that this cognitive decline begins to take place.

Some studies indicate hypoglycemia unawareness is more frequent in those over the age of 60. 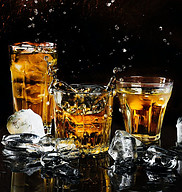 It can also impair the liver’s ability to release glucose when your blood is too low.

These effects can last for as long as it takes the body to process the alcohol.

There is no evidence suggesting that alcohol increases hypoglycemia unawareness in the long term unless chronic, heavy drinking has led to permanent liver damage. That would increase the risk of severe hypoglycemia.

Can it be reversed?

Research shows that it is possible to reverse hypoglycemia unawareness by avoiding frequent lows.

Preventing all lows for two weeks resulted in increased symptoms of low blood sugar and a return to nearly normal symptoms after 3 months.

In the case of our grandson, he is young and has not yet learned to read his body’s symptoms. By asking him to describe how he feels when he is low or high we hope to teach him to begin to recognize symptoms.

We have had some success. Recently, he told us he felt low and when checked he had dropped quite quickly.

How can I prevent hypoglycemia unawareness?

When you frequently monitor blood glucose levels, it is possible to identify potential hypoglycemia which significantly reduces the risk of developing severe hypoglycemia without warning. 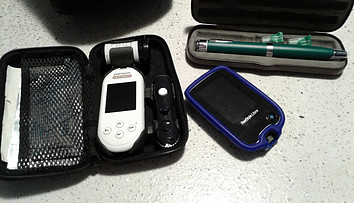 Some CGM’s have alarms to alert you when your levels drop to low.

Be sure you check with your insurance provider as some providers only cover certain brands.

Our grandson can only wear one particular type of CGM because that is what his parent’s medical insurance covers.

Unfortunately, he does not have alarms so our daughter wakes frequently through the night to scan Alex’s levels and treat lows if necessary.

It is important that you take your insulin exactly as your diabetes care team has prescribed.

You can take insulin by a traditional syringe, pen needle, or insulin pump.

Our grandson takes his long-lasting insulin early in the morning through a pen needle.

He also has his regular insulin with each meal based on the number of carbs he eats.

Of course some days there are times he requires additional insulin adjustments.

For Alex, that is a minimum of four needles every day.

He is such a little trooper to just take it all in stride and never complain.

Because of our grandson, Alex, I needed to understand what is hypoglycemia unawareness.

Initially, I thought Alex couldn’t feel his lows because he was so young and wasn’t familiar with reading his body’s symptoms.

You can imagine my surprise when I learned it is so much more than and that so many are affected by it.

Hypoglycemia unawareness may be caused by nerve damage or by maintaining extremely strict blood glucose management.

Several things can contribute to experiencing hypoglycemia unaware such as:

You can reverse hypoglycemia unawareness by avoiding frequent lows and paying close attention to how your body feels at various blood sugar levels.

In my books prevention is always better so focus on preventing hyperglycemia unawareness by checking blood glucose frequently and treating lows before they become serious.

Discuss wearing a CGM with your health care team. It may the frequent blood sugar checks much easier and some models have an alarm to alert you to potential lows.

Take your insulin and any other meds as directed by your doctor.

An insulin pump may be worth discussing with your diabetes care team.

Have you or someone you know experienced hypoglycemia unawareness?

Were you able to reverse it?

What measures do you take to prevent developing it?

I would love to read your answers or suggestions in the comment section below.

4 thoughts on “What Is Hypoglycemia Unawareness?”