Our Type 1 Diabetic grandson was having a birthday, a pretty big deal to most kids. I typically host the family dinner for birthdays and so I needed to find a Diabetic Birthday Cake Recipe with the flavor and style my grandson requested. This promised to be my biggest birthday challenge to date. I love attempting different designs on every birthday. The girls have been stuck on the “Harry Potter” theme the past few years however I get different ideas from the boys, construction sites, Paw Patrol, Sesame Street characters even Lego cakes.

However, our grandson posed a special problem. He is a kid who wants a dinosaur cake and the problem is he is a Type 1 Diabetic. How in the world am I going to make a cake that is not through the roof in carbs.

We want to celebrate his birthday in a manner he is familiar with but keep his blood glucose levels as controlled as possible. Yes, he will be given sufficient insulin to counter the carbs but let’s keep it to a minimum if we can.

I began earnestly searching all my favorite recipe sites to find what I was looking for. I even tried a few recipes to see how they would bake up and then of course the taste test. After all, if I didn’t like it how could I expect my grandson to like it. Since it was his birthday I really needed the flavor to appeal to a kid.

The search was further compounded by the fact that he wanted both chocolate and vanilla flavors in the cake.

So I had to search and test both chocolate and white cakes to find suitable recipes to be turned into the ultimate dinosaur cake.

I Finally Found The One

After a lot of trial and error, I finally found the winners. I must say I really love Pinterest for finding great recipes. In the course of my research, I have come across many fantastic recipes. Since our topic, today is the Birthday Cake I will share the recipes I used for this important milestone in my grandson’s life. I was so thankful to be able to give him a “normal” birthday, the only exception being the insulin injection after dinner.

So this is what I came up with. 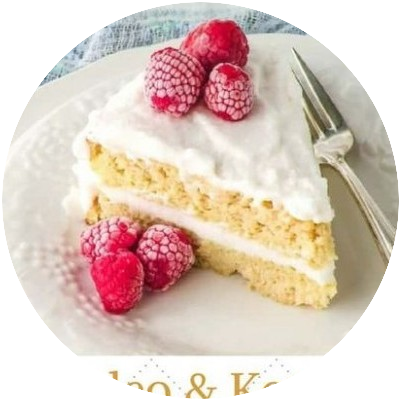 For the Paleo Swiss Meringue Icing:

A 9-inch keto chocolate cake made with coconut flour and topped with a dark ganache frosting. It’s a low carb dessert that’s sugar-free and gluten-free.

I created my own confectioners’ sugar by combining Splenda (3/4 cup) and Cornstarch(2 Tbsp) in a food processor. I then used my usual recipe for buttercream frosting.

As you can see it is very possible to give a Type 1 Diabetic Child a “normal” birthday cake. Everyone enjoyed eating the cake and we were all relieved it was low carb and “Grandson Safe”. A term we have grown to associate with Diabetic Friendly recipes. I am not a professional baker but do enjoy a challenge. 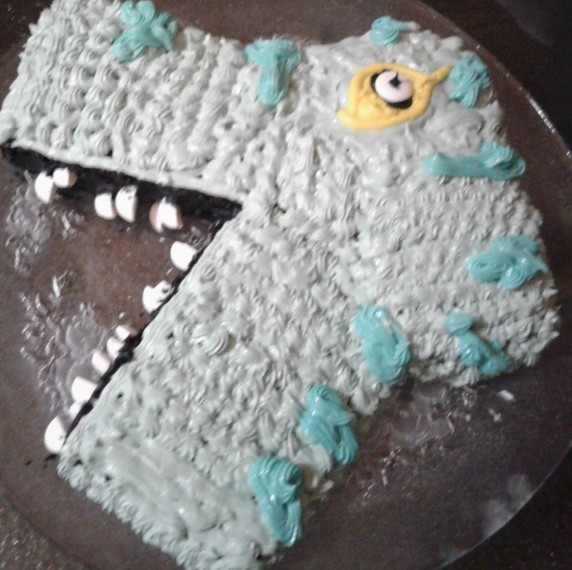 Although you can’t see it in this pic the upper jaw of the dinosaur is vanilla and the lower jaw is chocolate. I used the above recipes and it was quite a hit with the birthday boy.

As you can see Type 1 Diabetes does not need to limit your creativity when it comes to birthdays or other special occasions. Stick with your caregiver’s advice and be as creative as possible within those guidelines.

I sincerely hope that this can help someone else in their Diabetic Birthday Cake struggle.

Thanks for stopping by, leave your comments or questions below.

As an Amazon Associate, I earn from qualifying purchases.