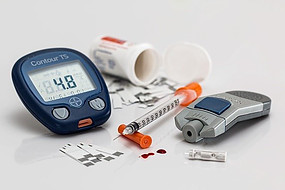 I set out to learn the history of diabetes treatment and was absolutely shocked when I discovered the life-saving treatment my grandson receives is less than a hundred years old.

It is important to realize that until 1922, insulin had not yet been discovered so if you were diagnosed with diabetes, it was pretty much a death sentence.

And within a fairly short time period, we’re talking weeks or months here.

There was no treatment available.

On June 20, 2019, our daughter was devastated as she learned her 4-year-old son had type 1 diabetes.

Let me tell you, that diagnosis is scary enough nowadays, I can’t even imagine the devastation a parent would have felt a hundred years ago at hearing that diagnosis.

It was a death sentence, which meant that likely within a week you would no longer have that child with you.

Thank God for the work of Frederick Banting, John James Rickard Macleod, and Charles Best which led to the discovery of insulin.

Today’s diabetics are fortunate to have treatment available and much easier methods of testing and controlling their blood glucose levels.

Let’s go ahead and check out this fascinating history.

In the first century A.D., ancient Greek physician Aretaeus vividly described the destructive nature of an illness which he named “diabetes,” derived from the Greek word “siphon” (meaning flowing through), and rendered the earliest account of diabetic patients’ intense thirst and “melting down of flesh and limbs into urine.

Essentially a diagnosis of diabetes was a death sentence. Early attempts at treating it were futile and patients rarely lived beyond a few weeks or months after diagnosis.

In the middle ages, diabetes was known as the “pissing evil” and until the 11th-century diabetes was diagnosed by “water testers”, whose job it was to taste the urine of suspected patients to determine if it was sweet like honey.

Thus, the Latin word “Mellitus”, which means honey, was added to the word diabetes.

In “The Canon of Medicine” Avicenna provided a very detailed description of diabetes mellitus including abnormal appetite, the decline of sexual functions, and sweet urine. Diabetic gangrene was also identified.

Avicenna was the first to accurately describe diabetes insipidus.

It wasn’t until much later in the 18th and 19th centuries that Johann Peter Frank was able to accurately differentiate between diabetes mellitus and diabetes insipidus.

Today we call them Type 1 diabetes and Type 2 diabetes.

There are two main types of diabetes and while they have two different causes they have similar symptoms.

Type 1 diabetes occurs when the body’s immune system attacks and kills the insulin-producing cells within the pancreas. Insulin is required for the body’s cells to receive the glucose(sugar) from the food we eat to be used as energy. Without insulin, the glucose remains in the blood raising the levels significantly and causing many complications.

Type 2 diabetes is often caused by unhealthy lifestyle choices such as an unhealthy diet and lack of exercise which leads to being overweight. In type 2 diabetes, the body either doesn’t make enough insulin or it can’t effectively use that insulin causing blood glucose levels to rise.

In either case, blood glucose rises and several life-threatening complications can arise. 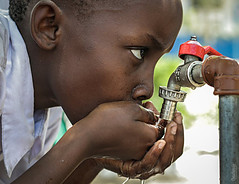 The symptoms of diabetes are:

If you or someone you love is having any of these symptoms, please see your doctor as soon as possible.

While there is still no cure, diabetes can be managed and many of the complications avoided.

I recall our daughter telling about our grandson suddenly needing to often pee, like every 10 or 15 minutes.

He was also extremely thirsty. He would gulp down glasses of water like he had been stranded on a dessert, yet he had a glass of water 5 minutes ago.

Our daughter recognized these symptoms and immediately made a doctors’ appointment.

The doctor did a finger poke to check blood glucose levels and they were through the roof at 28 mmol/L, normal would be between 5-7.

He was sent straight to the hospital for further testing and was diagnosed that same day with type 1 diabetes.

The first documented mention of the symptoms of diabetes was by Egyptian physician, Hesy-Ra in 1552 B.C. He reported frequent urination and extreme weight loss as a symptom of a mysterious disease.

Also, ancient healers of about the same time period noticed that ants were attracted to the urine of people with this same disease.

Step forward in time to 150 A.D. when Arateus, a Greek physician described what we now call diabetes as “the melting of flesh and limbs into urine”. It is from this point that doctors began to understand diabetes a little better.

Centuries later, diabetes was diagnosed by “water tasters”, people who literally tasted the urine to see if it was sweet.

In 1675, the word “Mellitus” was added to the word diabetes creating the modern name of Diabetes Mellitus.

Scientists developed chemical tests for diagnosing diabetes in the 1800s.

It took a very long time for diabetes treatments to develop to where they are today. 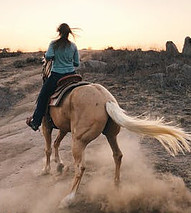 The very first diabetes treatment was prescribed exercise, often horseback riding, which was thought at the time to relieve excessive urination.

Finally, by the 1700s and 1800s, doctors’ started to realize that dietary changes could help manage diabetes.

Doctors would prescribe that their patients eat only the fat and meat of animals or consume large amounts of sugar.

During the Franco-Prussian War of the 1870s, Apollinaire Bouchardat, a French physician, noted his diabetic patients’ symptoms improved with the war-related food rationing. He then developed individualized diets as diabetic treatments.

Naturally, this led to several fad diets in the early 1900s such as “oat-cure”, “potato therapy” and the “starvation diet”.

In 1916 a Boston scientist named Elliott Joslin created a textbook entitled The Treatment of Diabetes Mellitus. This book states that a fasting diet combined with regular exercise can significantly reduce the risk of death in diabetes patients. These principles are still used today when teaching patients about necessary lifestyle changes for managing diabetes.

As you can well imagine, before the discovery of insulin, people with diabetes often died within a few weeks or months of diagnosis.

Discovery of the pancreas’ role

In 1889, Oskar Minkowski and Joseph von Mering, researchers at the University of Strasbourg in France, discovered that removing the pancreas from a dog could induce diabetes. This was the first big breakthrough leading to the discovery of insulin because we now know where to look for a solution as this pancreas seems to be the cause.

In the early 1900s a German scientist, Georg Zuelzer found that injecting the pancreatic extract into patients could help control their diabetes.

In 1910, it was discovered by Sir Edward Albert Sharpey-Schafer, that diabetes resulted from a lack of insulin. He named the chemical responsible for regulating blood sugar insulin after the Latin word “insula” which means island, referring to the insulin-producing Islets of Langerhans in the pancreas.

A physician from Ontario Canada, Frederick Banting came up with the idea to use insulin to treat diabetes in 1920. He and his colleagues began animal experiments testing his theory.

In 1922 Banting and his team successfully treated a diabetic patient and the following year they were awarded the Nobel Prize in Medicine.

Today we use a combination of daily insulin injections, diet, and exercise to treat type 1 diabetes, while type 2 diabetes is often treated with diet and exercise alone.

Today regardless of which type of diabetes you have you will need to frequently check your blood sugar levels. This is where the similarities end though, the treatment of each type is different.

Your diabetes care team will develop a diabetes treatment plan specifically designed for your case. This is because each case is unique and everyone’s body responds differently to a treatment.

Your diabetes care team will tell you how often they want you to check your blood glucose levels. For our grandson, it is quite frequently:

Before each meal, you will need to count the number of carbs you intend to eat so you can calculate your insulin dosage. Your doctor will give you your ratios that he wants you to use in calculating your insulin dose. Alex has a different ratio for each meal.

You will take your insulin dose either right before eating or as soon as you are finished. With Alex, we wait until he finishes eating so we know exactly how much he has eaten. As a 6-year-old he doesn’t always eat all of his meals. Waiting gives us the chance to weigh or measure uneaten carbs so we can make any necessary insulin adjustments. We don’t want to give him too much insulin.

You also take long-lasting insulin or base insulin shot at the time recommended by your doctor. With our grandson, it was early in the morning before he was even out of bed but it has since been changed to bedtime.

Get regular exercise. Be sure to check your blood sugar levels before, during and after exercise.

Your doctor will let you know how often he wants you to test your blood sugar levels. Be sure you do it.

As you can see from this article the history of diabetes treatment had a long and interesting journey.

While being diagnosed with diabetes was once a death sentence we have certainly come a long way.

All over the world, there is ongoing research into better treatments for diabetes and eventually a cure.

I am so grateful that we live in today’s world with modern medical technology to treat our grandson’s type 1 diabetes.

Alex follows a healthy diet, gets regular exercise, and has insulin injections several times a day.

He will continue to do this for the rest of his life unless they find a cure within his lifetime.

Our grandson is able to live a relatively normal life thanks to modern treatments.

When you look at him you can’t tell he has such a potentially life-threatening disease, he looks like any other kid.

While we have made huge advancements in diabetes treatment, I believe we’re on the cusp of developing a cure.

I am fascinated to see where further research takes us.

How do you manage your diabetes?

A combination of all three?

6 thoughts on “The History of Diabetes Treatment”