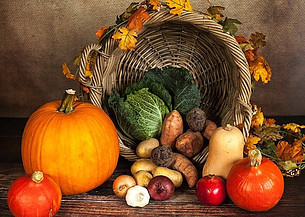 As much as I love summer and hate to see it come to an end, the one thing that really gets me excited about the arrival of autumn is our Canadian Thanksgiving traditions.

I know the Americans have their traditions as well and many of them overlap the boundaries of the country.

For example, Canadians and Americans like all love their turkey feast. Oh, the side dishes may vary by country, family, or even if you live in the country or the city but we all agree Thanksgiving dinner is amazing.

So what is Thanksgiving and why do we celebrate it?

Do other countries celebrate Thanksgiving?

How does Canadian Thanksgiving differ from American?

How did Thanksgiving originate?

How does COVID change our Thanksgiving this year?

Let’s dive into each of these questions and see if we can’t find the answers.

So what is Thanksgiving and why do we celebrate it?

According to Wikipedia, Thanksgiving is a national holiday celebrated on various dates in the United States, Canada, Brazil, Grenada, Saint Lucia, Liberia, Puerto Rico, and the sub-national entities of Leiden and Norfolk Island. 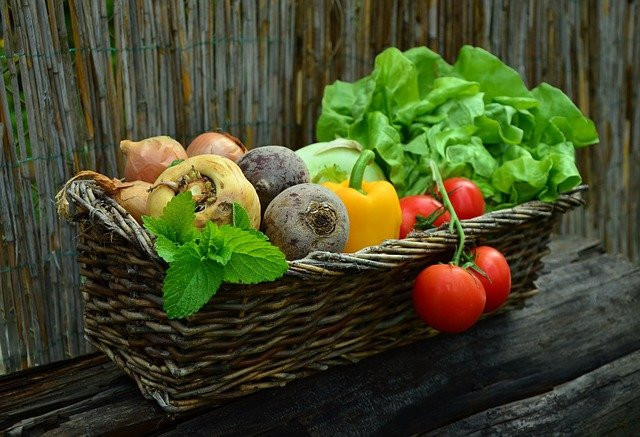 It began as a day of giving thanks for the blessings and bountiful harvest of the previous year.

It is often celebrated by getting together with family and friends for a celebratory feast.

That feast usually consists of Turkey and fall vegetables like squash and sweet potatoes or pumpkin.

Americans definitely make a bigger deal about Thanksgiving than Canadians.

Here in Canada, we will spend our Thanksgiving raking leaves, closing the family summer cabin, a brisk walk enjoying the fall leaves, and getting together with family and friends for a traditional Thanksgiving meal.

Some of us enjoy football as part of the weekend celebrations.

How did Thanksgiving originate?

So when was the first Thanksgiving?

Well, to be honest, this is actually a controversial topic depending on who you talk to.

In 1578 the very first Thanksgiving in North America took place in Newfoundland when Martin Frobisher( an English explorer in search of the Northwest Passage) wanted to give thanks for his safe arrival in the New World. 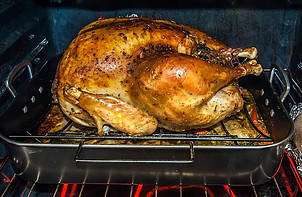 Americans will argue that the first Thanksgiving was 43 years later in 1621 when the pilgrims held a feast celebrating the harvest with the Wampanoag Indians.

For a couple of centuries, Thanksgiving has been celebrated either in late October or early November.

In 1879 November 6th was declared an official holiday for giving thanks.

Move forward to January 31, 1957, and the Candian Parliament announces that Thanksgiving would be held on the second Monday in October.

Thanksgiving would become an official day of general thanksgiving to God for the bountiful harvest with which Canada has been blessed.

The reason Thanksgiving was moved to October was that after the wars, Remembrance Day (November 11th) and Thanksgiving kept falling within the same week.

This year’s Canadian Thanksgiving is October 12th, yes, this coming weekend and I am busy preparing the food this week.

As for our American friends their modern Thanksgiving a slightly different origin.

Many believe that the first American Thanksgiving was a feast held by the pilgrims and shared with the Wampanoag Indians in thanks for a bountiful harvest.

Historians know there was another feast earlier in the year in1623. It is known that various colonies held their own days of thanksgiving.
In 1789, George Washington declared November 26 a national Thanksgiving holiday but only for that year, and it wasn’t connected to harvest. It was for general thanksgiving.

An early 19th-century author, poet, and magazine editor named Sarah Josepha Hale was highly patriotic and read about the 1621 feast of the Pilgrims and became captivated with the idea of turning it into a national holiday.

She proceeded to publish recipes for turkey, stuffing, and pumpkin pie and started traditions that had nothing to do with the colonists.

She began to lobby President Abraham Lincoln to make Thanksgiving an official holiday.

She used her magazine to build public support beginning in 1846.

Finally in 1863, Lincoln set the fourth Thursday of November of every year to be Thanksgiving day.

In 1939, President Franklin D. Roosevelt decided it would better stimulate the economy if Thanksgiving were moved to the third Thursday of November, giving Americans a longer Christmas shopping season.

There was so much opposition to this move that he later changed it back to the fourth Thursday of November. 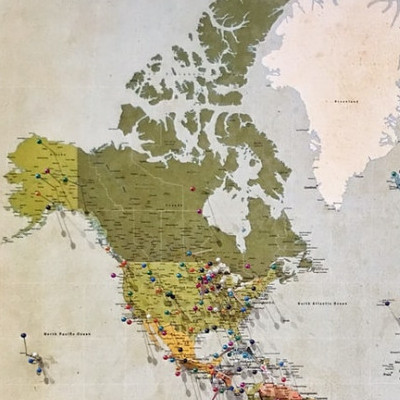 When is Thanksgiving depends largely on which side of the border you live on?

Here in Canada, Thanksgiving falls on the second Monday of October every year.

Our American friends will celebrate Thanksgiving on November 26th.

I have an aunt that lives in Scottsdale, Arizona and she celebrates both Canadian and American Thanksgiving which I think is fantastic. Who wouldn’t love all that turkey, right?

How does Canadian Thanksgiving differ from American?

While there are similarities there are also differences in the way Canadians and Americans celebrate Thanksgiving.

The first difference is rather obvious in that Canadians celebrate in October and Americans at the end of November. Canadians automatically get the second Monday in October off for Thanksgiving except for Atlantic Canada where it is an optional holiday. Some businesses may give their employees the day off and some may not.

Having Thanksgiving in October means Canadians can put their Christmas decorations up earlier, usually soon after Halloween.

However most wait till after Remembrance Day (Nov. 11th) and I personally wait until after family birthdays on Dec, 1, and 6th.

However, the downside is that it is on a Monday so we don’t get 3 days off to recover from turkey overload.

In Canada, Thanksgiving isn’t as big a deal as it seems to be in the States. Don’t get me wrong, we certainly value it as a time to get together with family and friends, but we are generally much more low-key than our American friends.

The food is fairly similar, we enjoy turkey with stuffing or dressing, gravy, squash or corn, and many other vegetable choices. We also love our pumpkin pie and apple pie.

Much like our American neighbours, we too watch football on Thanksgiving. The Canadian Football League hosts the Thanksgiving Day Classic, a doubleheader aired on national TV.

Canadians don’t have a big shopping day following Thanksgiving. In fact, our biggest shopping day is Boxing Day (the day after Christmas).

Many Canadians have picked up on the American Black Friday and offer sales in an attempt to keep our shoppers here rather than hopping the border to take advantage of the American sales.

Cyber Monday is another American shopping day that many Canadian businesses are also jumping on board with.

Because our Thanksgiving is held in October, the leaves are often in full colour so we enjoy getting out for long walks in the woods to enjoy nature’s beauty or rake the leaves.

In America, it is often too cold by late November to be outdoors.

How does COVID change our Thanksgiving?

This year Thanksgiving will look very different for most of us. 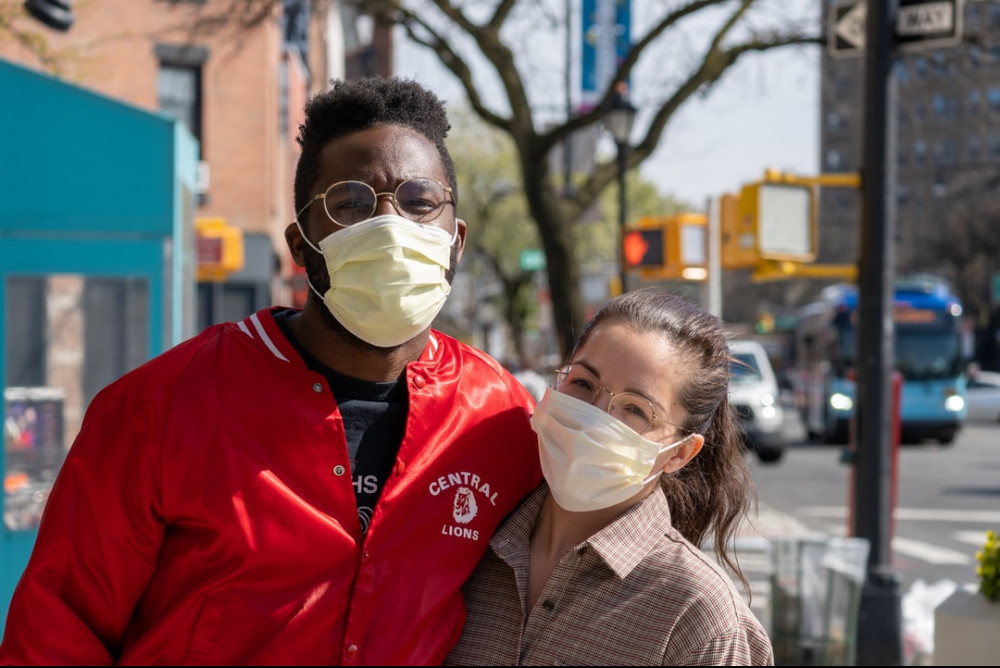 We are fortunate to be living in Atlantic Canada.

Here, our COVID numbers are quite low and as a result, we have opened our Atlantic bubble.

What that means is that people can freely travel from one Atlantic province to another without the necessity of isolating for 14 days in either province.

This only applies to New Brunswick, PEI, Nova Scotia, and Newfoundland.

We are also allowed small gatherings.

For us, that means that our daughter and her family will be able to join us for Thanksgiving dinner.

We have five children and currently, our daughter is the only one living within the Atlantic bubble.

We will Facetime or Skype with our sons since they will be unable to join us.

The Americans have much higher COVID numbers and their Thanksgiving will be very different for them.

I sincerely hope they find a way to safely celebrate their Thanksgiving.

It just wouldn’t be right to write an article about Thanksgiving without sharing some favourite family recipes.

Naturally, every family has its own traditions that help make celebrating Thanksgiving special to them.

When preparing our dinners, I always have to keep in mind what is safe for our diabetic grandson. While he can eat pretty much anything, it is very important to have all the nutritional information available.

I hope you try these out and enjoy them as much as we do, I have included the most important nutrition information for a diabetic with each recipe I have shared.

Naturally, I will share more recipes as I prepare our Thanksgiving dinner.

Mix and place in baking dish.

Place carrots in a steamer and cook until they are slightly crisp. Meanwhile, melt butter with brown sugar in a saucepan over medium heat. Add carrots and stir to coat. Cover and simmer for 10 minutes, stirring frequently, until carrots are tender. Serves 8 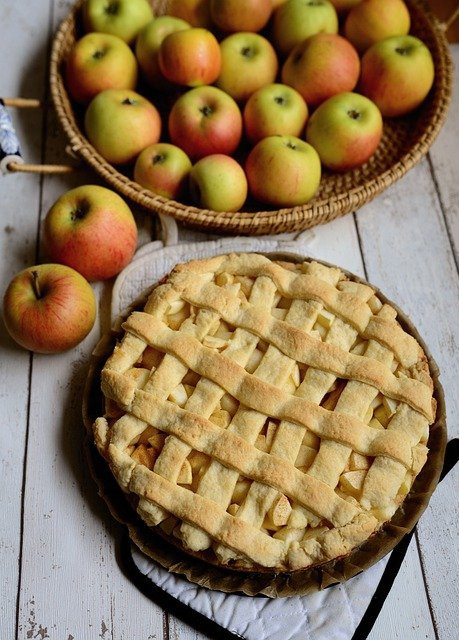 Heat oven to 425 F. Prepare the pastry. In large bowl combine apples, sugar, flour, cinnamon, and salt, toss lightly to mix. Turn into a pastry-lined pie pan. Dot with butter. Cover with top crust (cut slits for steam to escape). Seal and flute edge. Bake at 425 F for 40 to 45 minutes or until juice begins to bubble through slits incrust. Serves 8

Now we have a better understanding of Canadian Thanksgiving traditions.

We have learned that Thanksgiving has rather controversial stories about its beginnings depending on where you are from.

Thanksgiving is generally a feast celebrating a bountiful harvest.

Thanksgiving has been celebrated in various forms for many generations.

There are both similarities and differences in how Canadians and Americans celebrate Thanksgiving.

Wherever you celebrate it involves a great feast with many family recipes passed down from generation to generation.

What recipes do you enjoy?

Do you have certain traditions that you always do on Thanksgiving?