As a diabetic or diabetic caregiver do you understand what is Somogyi Effect?

I hadn’t heard of it either until recently.

During the summer we had taken three of our grandchildren on our sailboat for a 3-day adventure.

We had a lot of fun but it was complicated by the fact that our grandson (5-years-old at the time) is a type 1 diabetic.

We have found that managing diabetes can be tricky enough but for those few days we chose to do it on a moving 26′ sailboat.

Surprisingly, we did well enough that our daughter has told us we can take Alex whenever we want.

It was during this trip that I discovered something I later learned was called the Dawn Effect and that a similar condition called the Somogyi Effect existed.

Because of Alex’s diabetes and my desire to fully understand how to best care for him when he is with us, I follow every rabbit-hole when researching and I end up learning some other fascinating thing I was unaware of.

Such is the case with the Somogyi Effect.

What is the Somogyi Effect

The Somogyi Effect is named after a Hungarian American researcher named Michael Somogyi, who was the first to describe it.

The Somogyi Effect happens following long periods of low blood sugar. This low blood sugar could be the result of too much exercise, not snacking regularly or taking too much insulin before bed.

Hypoglycemia puts a lot of stress on the body and that stress can cause an increase in our stress hormones:

Glucagon triggers the liver to convert glycogen into glucose.

This can cause the blood sugar levels to rebound high causing hyperglycemia.

The National Institute of Diabetes and Digestive and Kidney Diseases recommends blood sugar levels to be:

While there is no single target for morning glucose readings, your doctor will help determine the targets for you.

If you find you are consistently waking up with unexplained high blood sugar levels in the mornings or night sweats you may be experiencing the Somogyi Effect.

The Dawn Phenomenon occurs when your body can’t release insulin to counter the naturally occurring rise in blood sugars as the body prepares to wake.

Nearly everyone who has diabetes has experienced the Dawn Phenomenon. 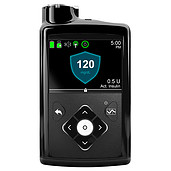 Your diabetes care team will likely have explained how you can take these steps to prevent it:

Many diabetics, including our grandson, use insulin injections to manage blood sugar levels.

Sometimes you may miscalculate the dosage and inject too much insulin or you take your insulin but fail to eat enough with it then go to bed. That insulin would then lower your blood sugars too much causing hypoglycemia.

Your body then responds by releasing hormones like glucagon and epinephrine which raises your blood sugar levels.

As a result, the Somogyi Effect is sometimes referred to as the “rebound effect”.

There have been times that we have miscalculated Alex’s dosage and we gave him too much insulin. This caused his blood sugars to drop too low so then we had to give him a fast-acting sugar snack. This just emphasizes the necessity of frequent monitoring.

Living with diabetes is a constant balancing act and we don’t always get it right. Accepting that fact is just part of it.

How Can You Tell the Difference

Be sure to tell your doctor if you are waking up with high blood sugar. They will want to find out the cause and determine if it is the Somogyi Effect or the Dawn Phenomenon.

They will want you to test your blood glucose before bed, in the middle of the night (around 2 or 3 a.m.) and upon waking for several nights.

If your levels are consistently low during the middle of the night it is probably the Somogyi Effect.

If not, then it is likely The Dawn Phenomenon.

For your doctor to effectively determine a treatment plan, it is important to determine which it is.

While both doctors and patients refer to the Somogyi Effect, science doesn’t seem to back it up that much.

For example, in this small study, they determined that hyperglycemia upon waking could simply be caused by not taking enough insulin before bed.

The researchers also found that those participants who seemed to have rebound hyperglycemia did not have elevated levels of cortisol, glucagon and epinephrine.

They found that the participants who woke with hyperglycemia had not dropped to hypoglycemic levels overnight, clearly dismissing the Somogyi effect.

And yet in another study, researchers analyzed the glucose profiles of 85 type 1 diabetics and collected data for 225 nights.

Based on that evidence they determined:

Ultimately, they concluded that the Somogyi Effect was the most common cause of morning hyperglycemia in type 1 diabetics who did not effectively manage their blood sugar levels.

How Can I Avoid the Somogyi Effect

The only known way to prevent the Somogyi Effect is to properly manage blood glucose levels by following your diabetes treatment plan as set forth by your diabetes care team.

If you are having difficulty managing the fluctuations in your blood sugar levels you should speak with your doctor, an adjustment in your treatment plan may be required.

Treatment options may include:

Your doctors may recommend a continuous glucose monitor (CGM) for long-term diabetes management.

Our grandson wears a continuous glucose monitor (CGM), and we find it fantastic. We only do nighttime finger pokes if he goes low.

It is imperative to work closely with your diabetes care team to find what treatments work best for you.

“What is Somogyi Effect” is actually a controversial subject within the research field as I discovered.

Somogyi Effect and the Dawn Phenomenon can be easily confused as in both cases you wake up with high blood sugar levels consistently.

The difference is that the Somogyi Effect is preceded by a hypoglycemic(low blood sugar) event in the early hours of the morning (2 or 3 a.m.).

It is for this reason that the Somogyi Effect is sometimes known as the “rebound effect”.

The Dawn Phenomenon is not preceded by low blood sugars.

The Somogyi Effect is most commonly a result of poorly managed blood sugars.

If you or a loved one in your care are experiencing morning consistent high blood sugars be sure to discuss this with your doctor.

The doctors will want to determine whether it is the Somogyi Effect or Dawn Phenomenon to determine the best treatment plan for you.

A continuous glucose monitor (CGM) can help determine what your blood sugars are doing at night so you don’t need to wake as frequently to check your sugars.

I strongly recommend you always follow your doctor’s advice.

Have you experienced the Somogyi Effect?

What treatment worked for you?

Leave your suggestions or experiences in the comment section below, I look forward to learning from other’s experiences. Take care.

11 thoughts on “What is Somogyi Effect?”