Recently, one of my readers emailed me about the possibility of a link between type 3 diabetes and Alzheimer’s.

Quite frankly, I was unaware of type 3 diabetes let alone a link to Alzheimer’s.

This subject fascinates me because, well, as some of you know, my mother had both type 2 diabetes and Alzheimer’s disease.

The fact that there may be a link and this combination may in fact actually be type 3 diabetes is very interesting on so many levels.

It certainly raises a lot of questions when it comes to my mother:

I don’t know if I will find these answers or not but I am certainly going to do some digging to see what we can learn.

First, it is important to note that while type 3 diabetes has been used to describe those who have type 2 diabetes and have been also diagnosed with Alzheimer’s disease, the term is highly controversial and not widely accepted by the medical community as a clinical diagnosis.

Wikipedia describes type 3 diabetes as being a proposed term describing the link between type 1 and types 2 diabetes and Alzheimer’s disease.

Neurons in the brain become unable to respond to insulin which is necessary for basic tasks such as memory and learning, leading to what is type three diabetes.

Some researchers believe that insulin deficiency is the main reason for the cognitive decline of Alzheimer’s disease.

The term, type 3 diabetes, has also been used to describe some people who have type 2 diabetes and also become diagnosed with Alzheimer’s disease.

Research shows that people with prediabetes or type 2 diabetes have a much higher risk of developing Alzheimer’s or other forms of dementia later in life.

This describes my mother exactly.

She was diagnosed with type 2 diabetes in her late 40’s and was subsequently diagnosed with early-onset Alzheimer’s by the age of 59 and she lost her battle by age 67.

What is the connection?

Restricted blood flow to the brain is the main cause of vascular dementia.

In pre-diabetes and type 2 diabetes, the effectiveness of how the body uses insulin is affected.

Studies have shown a connection between insulin pathways and premature cognitive decline, dementia, depression and anxiety. 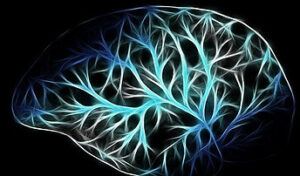 There are several reasons how the connection could be made:

When cells are unable to use insulin properly, this affects the brain’s ability to get the fuel it needs from the blood, causing blood sugar levels to rise. Over time this can create harmful fatty deposits within the blood vessels. Too much insulin can upset the chemical balance in the brain. This impact is so strong that scientists refer to Alzheimer’s related to insulin resistance as type 3 diabetes.

We already know that diabetics are at an increased risk of heart attack and stroke. High blood sugars can cause inflammation putting stress on the blood vessels. The damaged vessels can result in Alzheimer’s. Also, inflammation can cause cells to become insulin-resistant especially in obese people.

It is well known that diabetics can suffer from nerve damage. High blood sugar is connected with heightened levels of beta-amyloid (a  protein), which can become clumped together. They can then become stuck between the nerve cells in the brain and cause blocked signals. Nerve cells that fail to communicate is a big trait of Alzheimer’s disease.

Your cells are constantly moving essential food and other supplies along pathways, that act similar to railroad tracks. We have a protein called tau that helps keep these tracks running in straight rows. In Alzheimer’s patients, tau gets all tangled up leading to falling apart tracks, or dead cells. Some studies state that diabetics have more tangles of tau in their brains, which results in more dying brain cells, leading to dementia.

Many people with diabetes have brain changes that are the hallmarks of both Alzheimer’s disease and vascular dementia.

A 2016 study, states that people diagnosed with type 2 diabetes have up to a 60% higher chance of developing Alzheimer’s or some other form of dementia later in life.

This study involving 100,000 dementia patients revealed that type 2 diabetic women had a 19% increased risk of developing vascular dementia over men.

My mother had two of these risk factors that I know of, she struggled with obesity and she had high blood pressure.

She was on medication for her blood pressure but struggled with her weight for as long as I can remember.

Because she had two risk factors it really shouldn’t have been a surprise when she was diagnosed with type 2 diabetes. 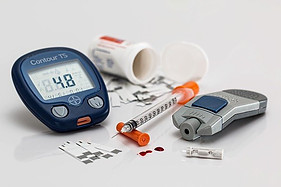 You already have pre-diabetes or type 2 diabetes so you may have those symptoms if you have not yet been diagnosed:

The symptoms would typically be the same as dementia or early Alzheimer’s:

Each of the individual conditions requires separate treatment as follows. Treating diabetes will help slow the progression of Alzheimer’s and dementia but itis important to understand it can not be cured. 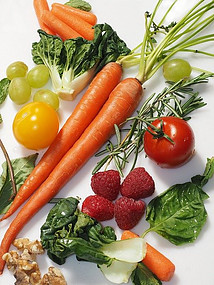 This is usually treated with lifestyle changes.

Eating a healthy well-balanced diet will certainly be recommended.

Your doctor will also suggest regular exercise such as a daily walk.

If you are overweight, your doctor will likely recommend losing 5-7% of your overall body weight.

A nutritional, healthy well-balanced diet is an essential part of any diabetes management plan.

Regular exercise is also an important part of diabetes care.

Your doctor is likely to prescribe medication or insulin depending on the severity of your case.

You must follow your diabetes care plan to reduce the risk of further complications and help slow the progression of Alzheimer’s.

There are prescription medications that treat the cognitive symptoms of Alzheimer’s disease.

While they can’t cure it, they can help slow the progression.

Mood swings or depression can be treated with psychotropic drugs.

Antidepressants and anti-anxiety medications may also be prescribed if deemed necessary.

As was the case with my mother, you will likely end up with quite a few prescriptions that must be taken each day and some several times per day.

As dementia progresses you will need a caregiver in place who can ensure medications are taken at the proper time and in the correct dosage. 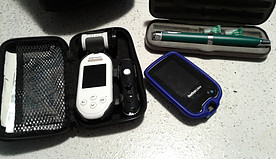 Type 1 diabetes occurs when the immune system attacks and kills the insulin-producing beta cells within the pancreas.

This means the person can no longer produce the insulin the body needs for the cells to be able to extract the glucose from the blood to be used as energy.

Type 1 diabetics, such as our grandson, will need to take several insulin injections daily for the rest of their lives.

Some wear an insulin pump rather than do so many injections each day.

Our daughter is starting to consider an insulin pump for Alex since his little stomach and buttocks are quite bruised and calloused from so many injections.

This is also called insulin resistance.

This is when the body doesn’t use insulin as efficiently as it should causing blood glucose levels to rise to high.

This is usually a precursor to type 2 diabetes and can often be referred to as a wake-up call.

Lifestyle changes such as:

If you have ignored the symptoms of pre-diabetes or ignored doctor’s orders you may find you have developed type 2 diabetes.

Again, lifestyle changes are an important part of your diabetes management plan.

You will also be prescribed certain oral medications such as Metformin or insulin.

It is important to take all medication as directed and follow the advice of your diabetes care team. 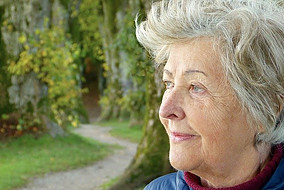 Type 3 diabetes is when you have one of the above-mentioned conditions and also shows symptoms of Alzheimer’s disease or some other form of dementia.

In this instance, both diabetes and Alzheimer’s must be treated.

Follow the recommendations for treating diabetes or pre-diabetes as well as be sure you take all medications designed to treat Alzheimer’s.

Properly managing your diabetes will certainly help slow the progression of dementia but it will not cure it.

Always follow the advice of your doctor and ensure you have adequate caregivers in place as Alzheimer’s progresses.

My father was my mother’s main caregiver until such time it became evident that it was too much for him.

We discovered that she had gotten up before him one day and got outside, she then wandered off and got lost. This was compounded by the fact that they were in the foothills of the Rocky Mountains when this occurred. She was reported missing at 8:00 in the morning and wasn’t found until 8:30 in the evening.

At that time the family decided it was in her best interest to be placed in a long-term care facility.

Do your research, there are some very good ones out there and even some that specialize in Alzheimer’s care.

When a reader informed me of a type 3 diabetes and Alzheimer’s connection, I had to dig deeper and see what I could learn.

The similarities to my mother’s case were astounding.

To recognize that she had two of the risk factors for developing type 2 diabetes and then was later diagnosed with type 2 was proof to me that these risk factors really did put her at a heightened risk.

She developed Alzheimer’s a few years later and ultimately lost her struggle after an 8-year battle.

I can’t stress enough the importance of making the necessary lifestyle changes before it is too late.

Eat a healthy well-balanced diet, get regular exercise and above all follow your doctor’s recommendations exactly.

By doing this you have a much higher chance of developing this controversial type 3 diabetes.

Have you heard of type 3 diabetes?

6 thoughts on “Type 3 Diabetes and Alzheimer’s?”