I remember learning in school that you needed to follow Canada’s Food Guide to be healthy and have a strong immune system. Because of our grandson, I now wonder about type 1 diabetes and the immune system.

Does having type 1 diabetes mean Alex has a weakened immune system?

Does Alex have type 1 diabetes because something went wrong with his immune system?

Its role in the body

We have all heard that the job of the immune system is to protect our body from infection.

There are several different ways the immune system can deal with threats.

It can engulf bacteria, and kill parasites, tumours and cells infected with viruses.

To do all of those things to keep us healthy the immune system is pretty complex and consists of many different components all working together and independently to help maintain our good health.

Components of the immune system

The immune system is made up of four main organs that work together to keep the body healthy and in optimal health. 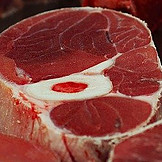 Bone marrow produces both red and white blood cells as well as platelets.

The red cells carry oxygen, the white cells help fight infection and the platelets help clot the blood when we cut ourselves.

The Thymus is an organ that lies between the breastbone and the heart.

Its job is to produce the hormones the immune system needs to function. It also produces and matures immune cells called lymphocytes.

The spleen is located between the diaphragm and the stomach and performs several important functions for the immune system.

The spleen filters bacteria and viruses out of the blood.

It also stores red blood cells and lymphocytes that can be released when required.

A great example would be if the body were to get an infection, the spleen could release a ready supply of lymphocytes to control the infection.

The lymph nodes are not at a single location but are found in several areas throughout the body, namely:

The job of the lymph nodes is to filter the lymph fluid while white blood cells attack any bacteria or virus that is present.

The white blood cells are a very important part of the immune system.

It is their job to directly fight any infection or virus that may invade the body.

There are actually three main types of white blood cell:

How It Affects Type 1

Type 1 diabetes is an autoimmune disease in which the body’s immune system attacks and kills its own cells within the pancreas causing the person to be unable to produce insulin themselves.

Many researchers believe that type 1 diabetes could be the result of a combination of genetic predisposition and an environmental factor that triggers the disease to develop.

Once the disease is triggered, T lymphocyte cells begin to target and kill the insulin-producing beta cells within the pancreas.

How It Affects Type 2

It is believed that the immune system also plays a role in the development of type 2 diabetes.

Researchers have been able to link insulin resistance to heightened levels of cytokines, which are released in response to bodily inflammation.

The response of the immune system to inflammation leads to fat cells becoming unable to properly respond to insulin and sees the fat cells releasing fatty acids into the blood. This leads to increased cholesterol levels. 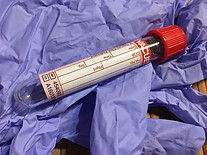 It is commonly known that kids and teens with type 1 diabetes have a heightened risk of developing other health problems, specifically other auto-immune disorders.

Your diabetes care team will keep an eye out for signs of these problems developing.

It is also very important that parents and caregivers also know what to look out for so they can alert doctors if they suspect a problem arising.

As with anything diabetes-related, early detection and treatment are critical in being able to avoid more serious complications.

The thyroid (part of the endocrine system) makes hormones that help control metabolism and growth and affects between 15% – 20% of type 1 diabetics.

These hormones play a key role in bone development, puberty and other body functions.

When diseased, the thyroid may make too much thyroid hormone (hyperthyroidism) or too little hormone (hypothyroidism) and both types can be accompanied by an enlarged thyroid called a goitre which may not be visible.

Symptoms of hypothyroidism (too little thyroid hormone) may include:

Symptoms of hyperthyroidism (too much thyroid hormone) may include: 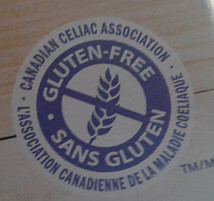 It affects the body’s ability to tolerate gluten, a certain protein found in grains such as wheat, rye and barley.

When kids with celiac eat gluten it causes gastrointestinal symptoms such as:

It is important for children or anyone diagnosed with celiac disease to eat a strict gluten-free diet.

Work with your dietician and the rest of your diabetes care team to determine the best diet and treatment for your child.

Addison’s disease is a type of adrenal insufficiency that affects the adrenal glands.

The adrenal glands are a part of the endocrine system and produce the hormones necessary for responding to stress such as cortisol and aldosterone. They also affect blood pressure, fluid balance, heart function, the immune system, metabolism, the ability to respond to insulin as well as your sense of alertness and well-being.

A person with Addison’s disease may not make enough cortisol or aldosterone.

1 in 4 people with Addison’s disease don’t experience any symptoms but for those who do the symptoms may include:

Medication is available for treatment.

Do type 1 diabetics have a compromised immune system?

Dr. Richard Jackson, an endocrinologist and former director of medical affairs at the Joslin Diabetes Center in Boston states “type 1 diabetes does not hamper the basic functions of your immune system if you maintain good blood glucose control”.
The autoimmune part of type 1 diabetes only attacks the beta cells in the islets, other cells within the islets and pancreas are not targeted at all.

While there is an increased risk of developing other autoimmune disorders such as a thyroid problem or celiac disease, the main function of the immune system is not compromised.

A type 1 diabetic who follows their treatment plan and effectively manages their blood sugars, has no higher risk of catching a common cold or flu.

According to Diabetes Canada, people with type 1 diabetes are not more likely to get a viral infection like the 2020 coronavirus. The problem is for developing complications or dying if they do contract it.

While it is true that people with poorly controlled diabetes are more likely to have infections and more complicated illnesses, their blood sugars had to have been pretty high for a very long time.

With our own grandson, we have not noticed an increase in the number of colds and flu he gets.

In fact, I believe that because we are monitoring his diet so closely he gets fewer colds and flu than his non-diabetic sisters.

What Can I Do? 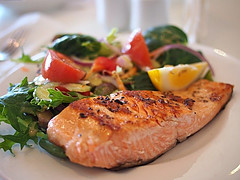 The number 1 way to boost your immune system is to reduce stress.

There are dozens, if not hundreds, of studies that all attest to the fact that stress seriously affects the body’s ability to fight infection.
Eating a healthy, well-balanced diet will ensure your body receives all the nutrients it needs to maintain optimal health.

Ensure you get enough sleep each night.

We now have a much better understanding of type 1 diabetes and how they may or may not affect each other.

We have learned that the immune system is very complex and there are several organs within that system such as:

These all work together to protect the body from bacteria and viruses.

We have also learned that having type 1 diabetes does not mean you will catch colds and flu more frequently.

It simply means that when you do catch them, you may have more severe symptoms.

Having type 1 diabetes does increase the chances of developing some other autoimmune disorder like:

The best way to prevent or lessen the severity of developing other conditions is to reduce stress as much as possible.

It is also extremely important to follow your diabetes care plan and get control of those blood sugars.

Eat a healthy diet, get regular exercise and enough sleep and always follow your doctor’s advice.

I am not in any way a medical practitioner, please do not rely on the information on our website as an alternative to medical advice from your doctor or another healthcare provider. We only share our experiences. We are affiliates, this means that if you purchase something from a link or ad on this site we may receive a small commission. This in no way affects the price you pay.

8 thoughts on “Type 1 Diabetes And The Immune System”