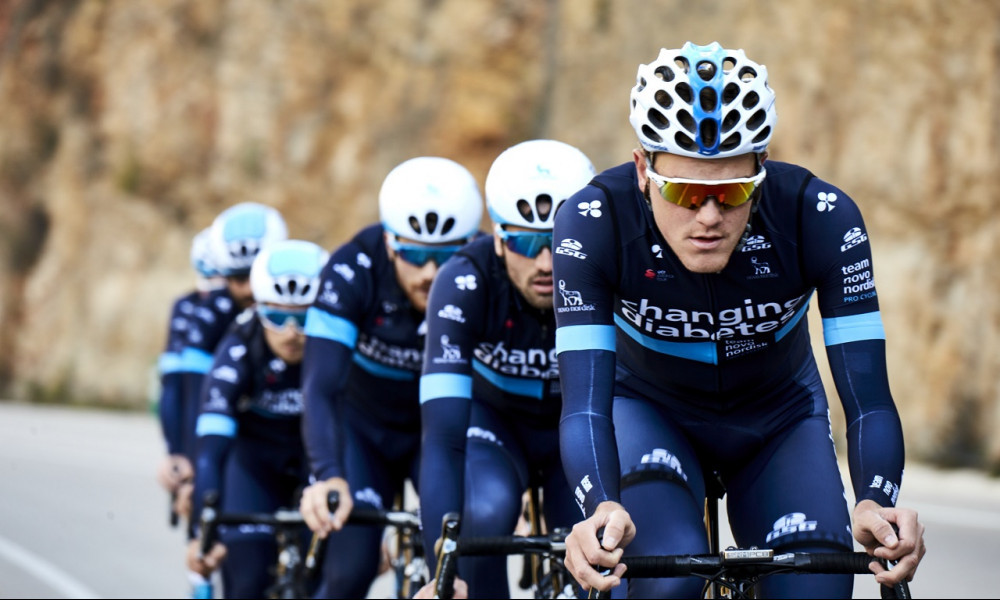 I got thinking about “Type 1 Diabetes and Athletes” because every kid needs a hero. I decided to do some research and see if there are very many high-level athletes with Type 1 Diabetes.

I was blown away by both the number of high-level athletes who must fit Diabetes Management into their extremely hectic training schedules but also at the vast scope of sports they represent.

Not just past sports heroes either, there are several current athletes as well.

Because our grandson was diagnosed with Type 1 Diabetes and loves all the superheroes, I wanted to find him some real-life superheroes who share his Type 1 struggles.

This was important because I wanted to show him Diabetes doesn’t have to stop him. If they want something they can and should go after it.

So here’s to you Alex, I found you several real-life superheroes in different sports. 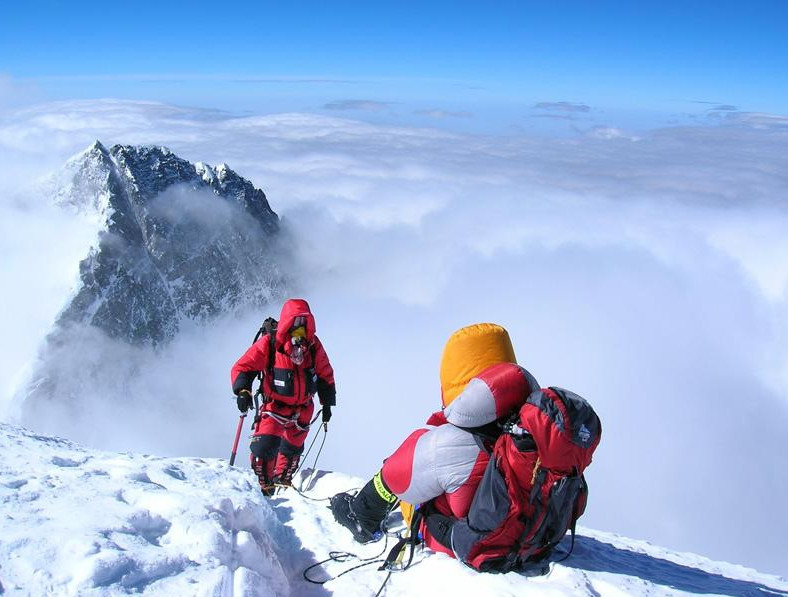 What is cooler than mountain climbing, right? I find this so inspiring that Will Cross can manage his blood sugars in some of the most extreme conditions on earth. He was diagnosed with Type 1 Diabetes at the age of 9. In 1976 when Will was diagnosed he was told he likely wouldn’t live to see 30 years of age.

Since then he has become a professional adventurer and earns his living through diabetes-related corporate sponsorships. Will Cross has climbed the highest peaks on all seven continents and has also led expeditions to unexplored regions of South America, Greenland, India, and Africa.

Through it all, he was able to successfully manage his Type 1 Diabetes and hopes to inspire others to control theirs and continue to go after their dreams.

Charlie Kimball was not diagnosed with Type 1 Diabetes until he was 22 years old. This diagnosis caused him to have serious doubts about his ability to continue 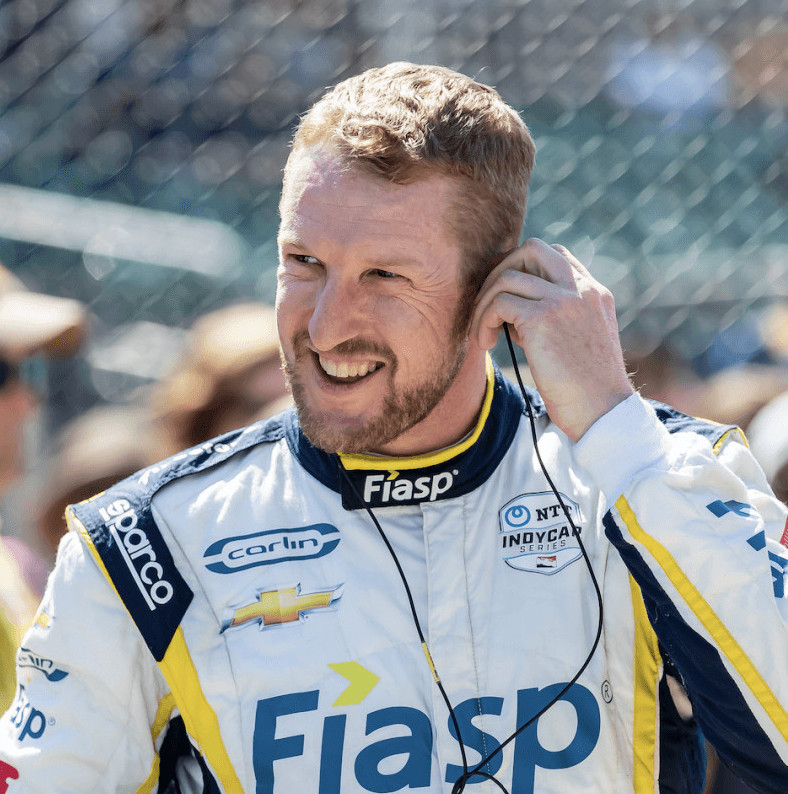 racing. Kudos to his doctor who was able to reassure him all over the world people are doing amazing things despite having diabetes. A mere six months after returning to the track, he was able to finish second in his first race back.

Jay Cutler Played 12 seasons in the NFL as a quarterback. He received his diagnosis mid-career in 2008. Jay didn’t let this 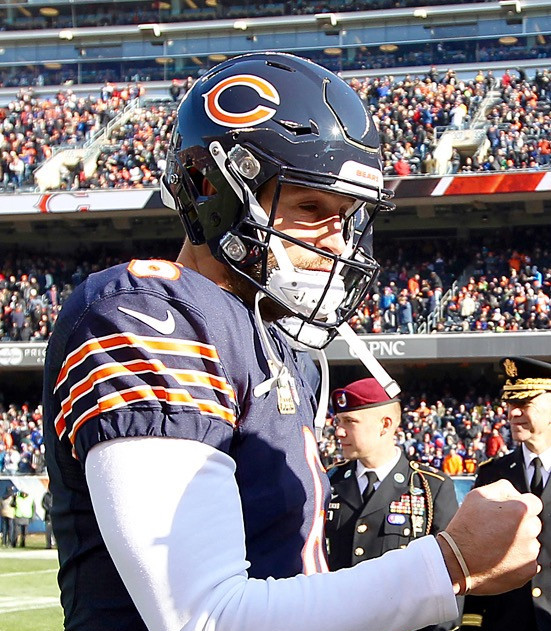 stop him though. Jay went on to finish that season with career highs in passing yards (4526), passing touchdowns (25), and interceptions (25). He retired in 2017 to become a sportscaster but returned for a season for the Miami Dolphins when quarterback Ryan Tannehill suffered a season-ending injury. After that season he retired for a second time.

Nick Boynton was diagnosed before joining the NHL. He played 11 seasons during his career. He was a defenseman who 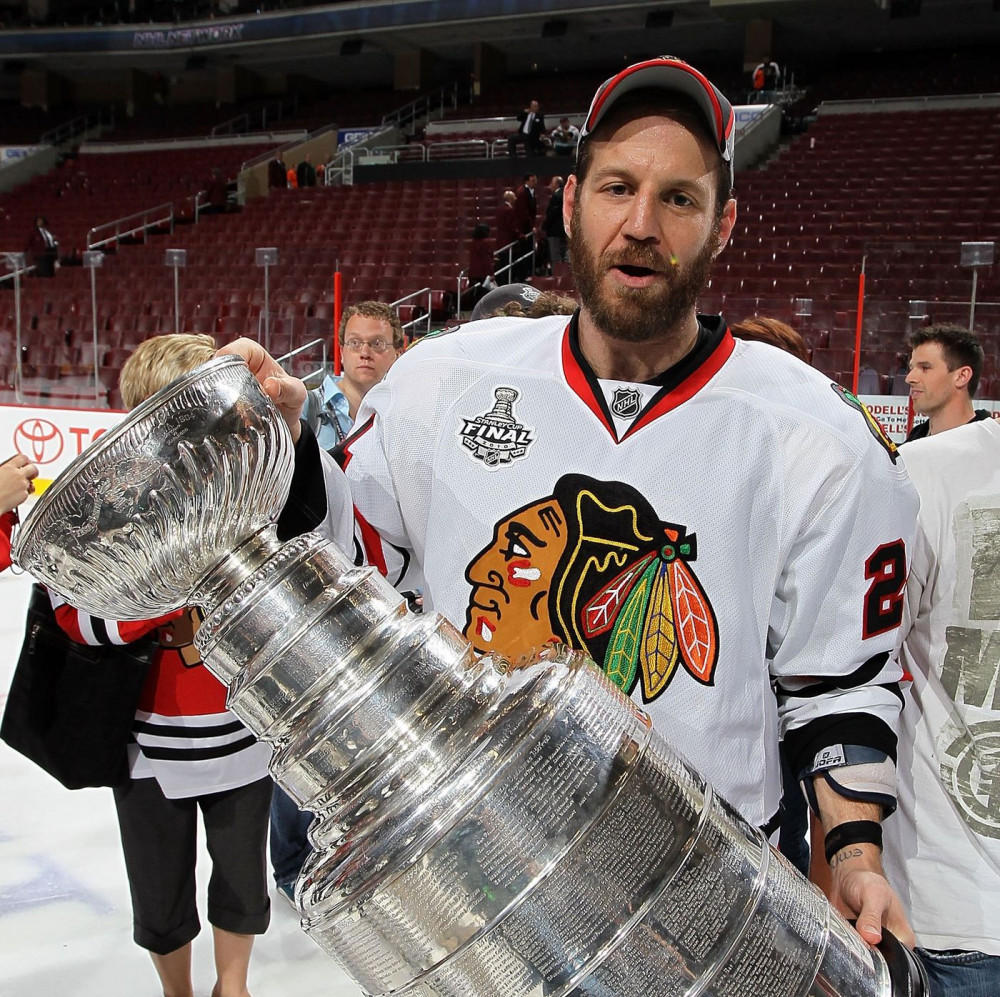 played with the Boston Bruins, Phoenix Coyotes, Florida Panthers, Anaheim Ducks, Chicago Blackhawks, and Philadelphia Flyers. He has managed to successfully manage his diabetes and won the Stanley cup in 2010. He has struggled with both mental illness and addiction and is actively speaking out trying to make changes within the NHL so players can get the help they need.

Olympic swimmer Gary Hall Jr. Was diagnosed with Type 1 Diabetes during his training for the 2000 summer games in

Sydney, Australia. He was told it was the end of his swimming career. He set about learning all he could about Type 1 Diabetes and how athletes could manage the disease along with the strenuous training. Jay went on to capture GOLD in Sydney and again in Athens in 2004. Today he uses his celebrity status to champion other diabetics and prove that diabetes does not have to diminish your dreams.

Andrea Peron was diagnosed at 16 years old and hasn’t let Type 1 Diabetes limit his dreams. He is an Italian professional cyclist with Team Nova Nordisk

. He has successfully competed with this team in which all members are diabetic. Their mission is to inspire, educate, and empower people affected by diabetes. He is known for his power and fearlessness in the sprints and has earned 14 top-ten finishes, including podiums at Canada’s Tour de Beauce and the Tour of China. 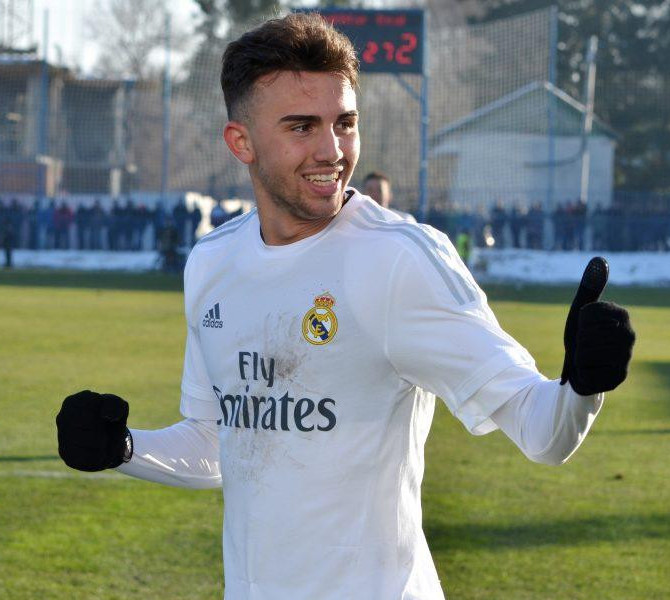 Borja began his career with Real Madrid Soccer in 2007 with its youth organization.

He was diagnosed at 5 years old before they could even understand what that meant. He played striker position and scored in all three of Spain’s qualification matches for the 2015 European Under-19 Championship.

Sarah Groenewegen was diagnosed with Type 1 Diabetes at 9 years old. She is a Canadian professional softball player. 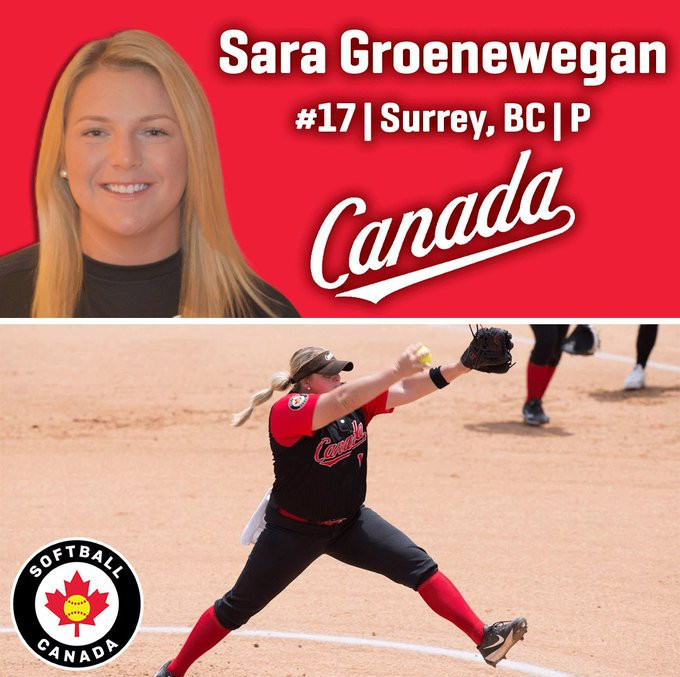 In 2018, she had a major non-diabetes related setback. Sara was diagnosed with Legionnaires’ disease. She began feeling symptoms during the Canada Cup. She ended up spending a week in a medically induced coma which totally derailed her training. Since then, she has fully recovered and is now defending her reputation as one of the most feared softball pitchers in the country. 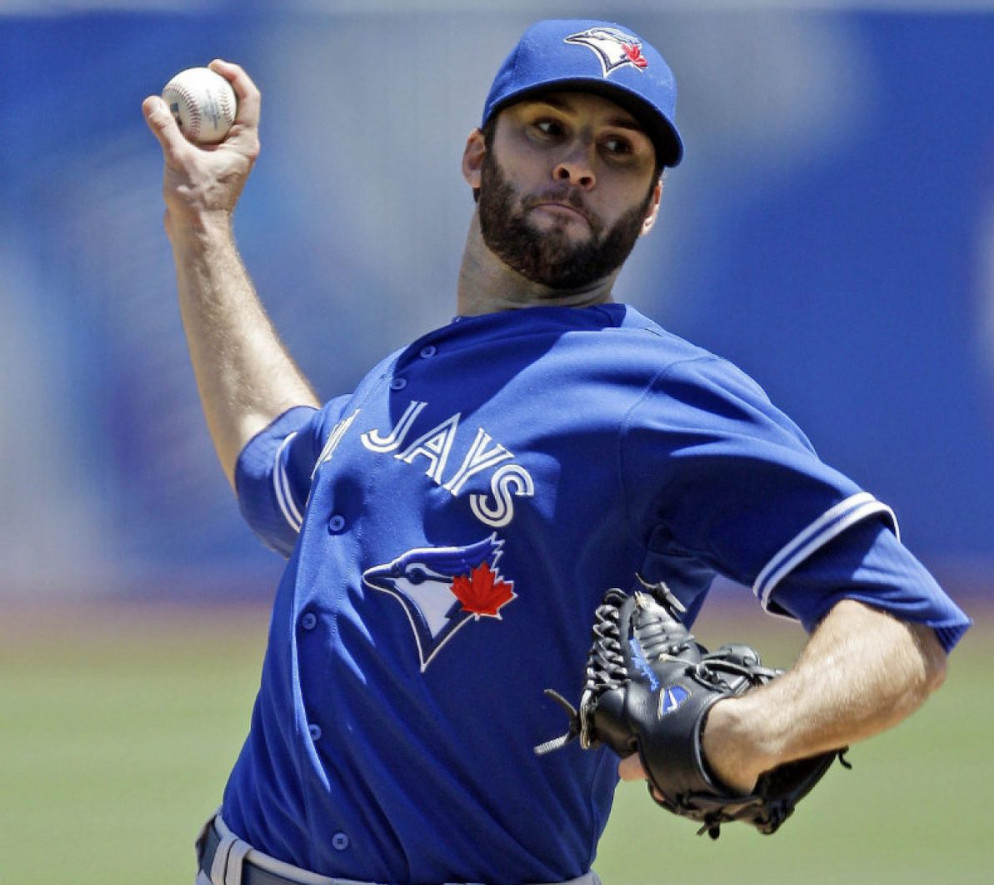 2009. He has had an impressive career playing for the Seattle Mariners, Toronto Blue Jays, San Diego Padres, Los Angeles Dodgers, and Cubs.

As you can see these are some pretty impressive athletes who have had impressive careers despite Type 1 Diabetes.

Proper management and working with their doctors and coaches was a key contributing factor to their success in managing their diabetes along with the vigorous training schedules they must have had to be such elite level athletes.

I understand that most kids just want to have fun and don’t necessarily want to be an elite level athlete.

The purpose was simply to show Type 1 diabetic kids that whatever their dreams diabetes does not have to stop them.

By monitoring their blood glucose levels before, during, and after each sporting event and making any necessary adjustments they can have plenty of fun and exercise.

Hopefully, these real-life superheroes that fight the same daily battle can encourage kids to follow their dreams and don’t let setbacks stop them.

I hope this article helps you find your real-life super-hero so you can emulate them and follow your dreams.

It’s time to soar with the eagles.

Thanks for stopping by, please leave comments and questions below. I will respond.

4 thoughts on “Type 1 Diabetes and Athletes”