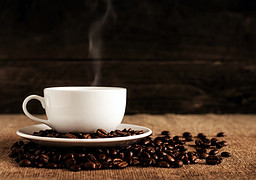 Is coffee good for diabetics is a subject worth discussing because there have actually been some very interesting studies done on coffee or caffeine consumption.

I know our Type 1 diabetic grandson is much too young to consider drinking coffee but I recall my mother drinking several cups daily and she was a Type 2 diabetic.

The knowledge that caffeine is also in cola is a concern because our grandson may on occasion drink cola. While it is not a part of his usual daily meal plan, no parent or grandparent would ever assume the child would never consume it. This is the reason it is important to understand how caffeine affects diabetics. 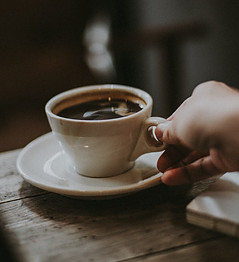 Several studies have shown that those who drink coffee have a lower risk of developing Type 2 Diabetes.

In a 2004 study published in The Journal of the American Medical Association, they looked at almost 15,000 Finnish people over a 12-year time frame. None of the participants had diabetes at the beginning of the study. Results showed that those who drank at least 10 cups of coffee every day had the lowest risk of diabetes when compared to those who consumed little to no coffee.

There was another study in 2006 published in Diabetes Care, the Nurses’ Health Study ll, observed 900 adults with prediabetes for 8 years. In those who consumed caffeinated coffee, there was a 60% reduction in the risk of developing diabetes than in those participants who refrained from coffee.

There are several other studies with similar results. So while it seems coffee may reduce the risk of diabetes, it is likely not the caffeine that protects you. Decaffeinated coffee also delivered these protective results.

That morning cup of coffee is a fairly good source of magnesium(known for helping insulin work more efficiently in the body), potassium, Niacin (vitamin B3), and chlorogenic acid (a type of antioxidant that seems to slow glucose uptake in the digestive tract) 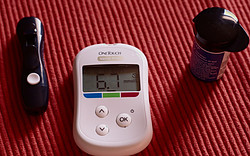 Since it seems that coffee can help prevent diabetes it makes me wonder if it can make managing it a little easier if you already have diabetes.

Don’t count on it.

A study by researchers at Duke University found that participants with type 2 diabetes who were given 500 mg of caffeine daily (equal to 6-7 cups of coffee) in pill form experienced an 8% increase in blood sugar levels overall and spikes of between 9%-26% higher blood sugar levels after meals. Researchers speculate that caffeine may interfere with the body’s ability to transport glucose into cells. They further speculate that caffeine may stimulate the body’s release of epinephrine (adrenaline), a stress hormone that increases blood glucose. The fact that this particular study only involved 10 participants is hardly enough to draw any conclusions.

It seems that whether in coffee, tea, or cola form, caffeine often raises blood glucose levels in both Type 1 and Type 2 Diabetics. 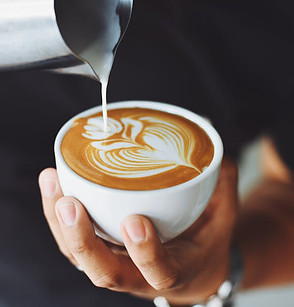 So while coffee may be able to help prevent diabetes from developing, if you already have diabetes it may make your glucose levels higher.

It appears that coffee does have other beneficial effects such as:

Keep in mind there are also detrimental effects:

It is up to each to decide if coffee is something we choose to consume or not. If you are diabetic it is even more important to make an informed choice and perhaps discuss it with your doctor and always follow your doctor’s recommendations. 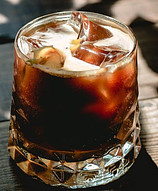 Average Noth American adults typically drink about 2 8-ounce cups of coffee daily which can contain approximately 280 mg of caffeine. Caffeine doesn’t appear to affect blood glucose levels in most young, healthy adults. It appears that even having up to 400 mg daily is safe.

According to some studies, it seems that drinking coffee may actually reduce the risk of developing type 2 diabetes regardless of whether the coffee was caffeinated or decaf.

However, it paints a very different picture if you already have diabetes. Some diabetics consuming approximately 2 8-ounce cups of plain brewed coffee, experienced higher or lower blood sugar levels as a result of the impact of caffeine on insulin.

Caffeine affects each of us differently and it seems it may be beneficial for diabetics to limit their consumption of caffeine especially if they are struggling to control their blood glucose levels.

I have to admit I find it ironic that the effects of caffeine or coffee can be so different for diabetics or non-diabetics.

When I decided to research this topic I was surprised to find so many benefits of drinking coffee.

For instance, I never would have guessed that drinking coffee could help prevent Parkinson’s disease, gallstones, increase alertness, improve mood, treat headaches, and even help prevent diabetes in non-diabetics.

I was also unaware of the detrimental effects of drinking coffee. For instance, I used to drink a fair bit of coffee daily when I was younger and unfortunately experienced several miscarriages. I now wonder if those were related to the copious amounts of coffee I drank.

I also was unaware it could increase the risk of infertility, something one of my children has struggled with. Other negative effects are increased risk of birth defects, interfering with sleep and triggering migraines, and interfering with blood glucose management in diabetics.

If you are not diabetic the benefits of drinking coffee may be worth considering giving it a try.

However, if you are diabetic already it may be something you choose to avoid. If you really enjoy coffee it may be worth discussing with your doctor.

I am not diabetic but I only rarely drink coffee on weekends. I found it kept me up at night and don’t even miss it these days.

When it comes to consuming caffeine products always follow your doctor’s advice, I hope this article helps you make an informed decision about whether coffee is for you.

Thanks for dropping by, please feel free to drop a comment below.

2 thoughts on “Is Coffee Good for Diabetics”